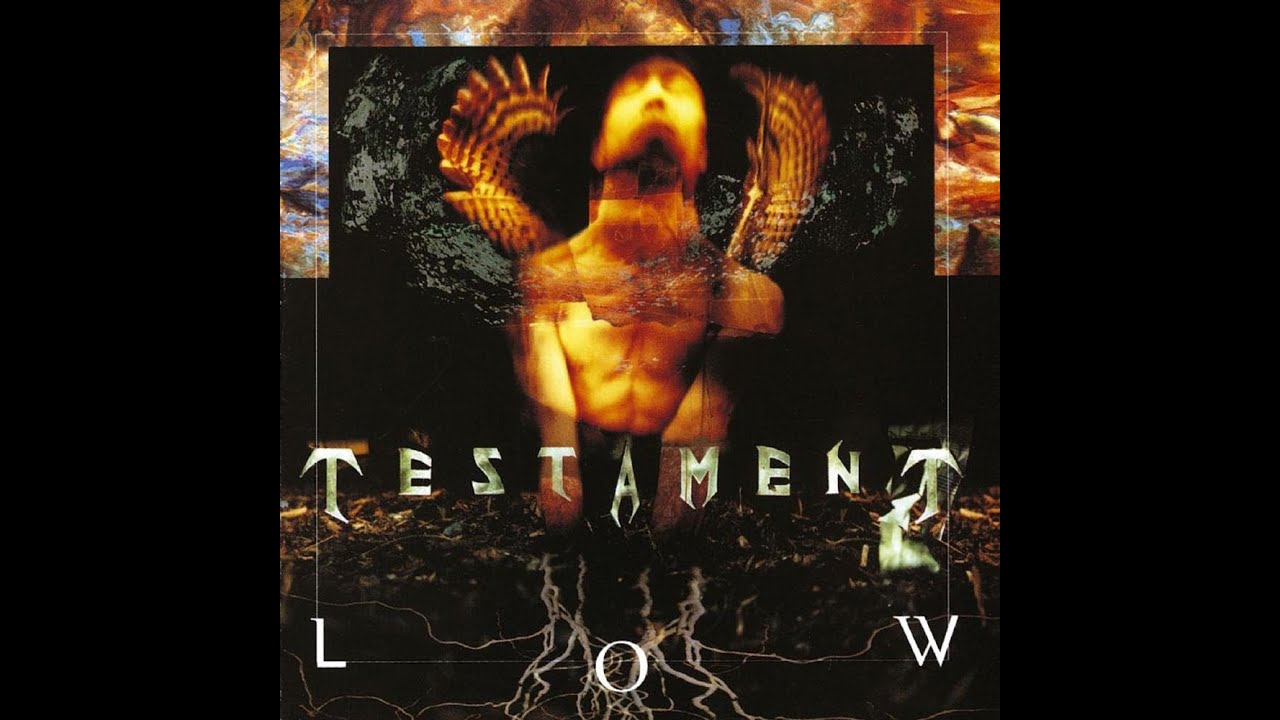 Intro:
Sorry for my inactivity, but the website has taken me a long time and I haven’t  the courage to start translations today, so that's my review:
Oh I forgot, this is the 51st review, thank you for following us ...
I'll do as our friend #CDW, I now would put the pluses and minuses of each album at the end of my review and thank you to him to publish content to compensate for our inactivity.

To good start the school, it’s a Testament chronicle with their sixth album: Low released in 1994 by Atlantic Records and Megaforce Records.
For those unfamiliar with these giants of Heavy Thrash metal, they were formed in 1983, despite some sequences of events that could have been fatal to many groups: some had cancer, most of the members are going to lack of success ...

The album begins with the eponymous track where the beginning reminds me of Slipknot (which are largely inspired by this intro in my opinion). The beginning is a sequences of heavy and aggressive riffs. Chuck Billy's singing is just perfect, her husky voice fits perfectly to the Thrash. There was a slight break in the pace with a passage with guitars clearer sound and a guitar solo refreshing. The album did not even leave us time to rest as soon as Low ends, Hidding In Legions begins abruptly with an even more violent sound ..

Legions in Hidding is an outburst of violence with the riffs are clearer and more nervous and jerky faster pace, the song is more present and offers a sublime result. You feel a slight inspiration of Death Metal, there are still in the middle of the song, a guitar solo.

Trail Of Tears, the fourth song, offers a break in this sequence of Thrash, with a much softer and clear melody and solos. Chuck's voice is much clearer and the song is just perfect with its roots much rock as heavy or Thrash.

The album closes with Last Call, an even sweeter song that sounds like a song of farewell, there is no singing, small solos keep coming, the melody is fairly linear.

-Titles "Experimental" like Trail Of Tears or  Dog Faced Gods

-Some Riffs are similar, especially since some pieces musically